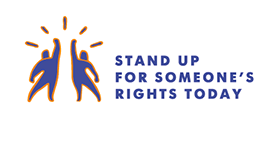 2017 Theme: Racial profiling and incitement to hatred, including in the context of migration

Every person is entitled to human rights without discrimination. The rights to equality and non-discrimination are cornerstones of human rights law. Yet in many parts of the world, discriminatory practices are still widespread, including racial, ethnic, religious and nationality based profiling, and incitement to hatred.

Racial and ethnic profiling is defined as “a reliance by law enforcement, security and border control personnel on race, colour, descent or national or ethnic origin as a basis for subjecting persons to detailed searches, identity checks and investigations, or for determining whether an individual is engaged in criminal activity,” according to a recent report to the Human Rights Council by the Special Rapporteur on contemporary forms of racism, racial discrimination, xenophobia and related intolerance.

Refugees and migrants are particular targets of racial profiling and incitement to hatred. In the New York Declaration for Refugees and Migrants adopted in September 2016, United Nations Member States strongly condemned acts and manifestations of racism, racial discrimination, xenophobia and related intolerance against refugees and migrants, and committed to a range of steps to counter such attitudes and behaviours, particularly regarding hate crimes, hate speech and racial violence.

The Summit for Refugees and Migrants in September 2016 also sparked “Together,” a United Nations initiative to promote respect, safety and dignity for refugees and migrants. “Together” is a global initiative led by the Secretary-General that aims to change negative perceptions and attitudes towards refugees and migrants, in partnership with Member States, civil society and the private sector.

The UN Human Rights Office is asking people around the world to Stand up for Someone’s Rights Today. The campaign, launched on Human Rights Day 2016, aims to encourage and support actions in our daily lives to defend the human rights of others. Wherever we are, we can make a difference. It starts with each one of us.